I’m ten minutes late by the time I stroll into the ER, black coffee in hand. Osler*, my cynical ER Flow Navigator, slaps a sticker onto my clipboard. “Henry is seeing this patient.” I sit and laugh, as one of my colleagues impersonates his immigrant parents. We do this all day long – we make each other laugh. We need this, I think, to survive. The coffee is thick and bitter; I can feel my brain cells illuminating – like light bulbs on a power grid. A door opens, and Henry emerges, smiling, before contorting his boyish face for a cheap laugh. It works.

Henry (not his name, but he looks like a Henry, so this is what we call him) is a Physician Assistant. He’s twenty-eight, but can’t buy liquor without a driver’s license. He is enthusiastic and inquisitive, and he can tell the difference between a patient that’s sick and one that isn’t. He sits next to me, rests a warm hand on my back and complements my haircut. Osler, on the other hand, stares a moment too long, and then describes a powder that “works magic” on bald spots. I look at the sprigs that sprout through Osler’s scalp. They are like rogue blades of grass popping through cracks in concrete. “Really?” I say.

“I have a CT follow-up,” Henry says, as he tells me the story: “Sharon Russell**. Sixty years old, on the heavy side, upper abdominal pain radiating to her back for four days.” He taps my breast-bone. “It’s right here,” he says. “And she’s a little tender when I push.”

“Is it in her chest, or her abdomen?”

“Both,” he says. His finger drops an inch and he pokes a soft spot. “Short of breath at times, no sweating, no worse with exertion. No nausea, no vomiting, no diarrhea, no fever. She’s never had it before.”

“High cholesterol, for which she takes a Statin. No other meds, and no other problems. No hypertension, no diabetes, non-smoker, no family history of heart disease.”

“Gallbladder. Many years ago.”

“Does it feel like gallstones again? Any radiation to the right?”

“Does it seem cardiac?”

“Maybe.” He shows me a normal ECG.  “This is her fourth cardiogram in three days. Her pain started Friday, out of the blue – she came here Saturday and had a full cardiac workup – two ECGs, two sets of blood work, chest x-ray – all normal. Told it was likely muscular and sent home with Percocet.”

“Outpatient cardiology for a stress test,” Henry says. “She came back last night because the pain was getting worse.”

“She had intravenous Dilaudid for the pain, with minimal benefit. Cardiac workup was again normal, as were liver enzymes, pancreatic enzymes, and an abdominal ultrasound, so last night’s doc brought her back for a CT scan this morning.”

“What does it show?”

Osler pops his head between us and quips: “Aortic Dissection.” He’s been working in the ER for five years and has picked up enough to fake his way through a few medical school exams. Of course, trusting him with your life would be like trusting Borat to write an inaugural address. That being said, an aortic dissection, has already crossed my mind: Mrs. Russell has severe pain in her upper abdomen and possibly her chest, and cardiac testing has been normal – maybe, as Osler says – it’s a life-threatening tear of her major north-south blood vessel.

“No way,” Henry says. “Other than her pain, she looks well – color good, moving around – walks easily from room to room.” He hands me a page. “Plus, her CT scan is normal – normal pancreas, normal aorta, normal lungs, normal gut.”

“Anything on physical exam?”

“Nothing special,” he says, reciting her vital signs. Temperature, pulse, blood pressure, and oxygen saturation are all normal. He wiggles his stethoscope: “Heart and lung sounds are normal, and she’s tender just where I showed you.” His finger heads toward me, but I bat it away.

“Let me do one last set of cardiac enzymes,” he says. “It really is lower chest rather than upper abdomen, and if anything, it radiates toward the heart. Her cardiology appointment isn’t for another couple of days.”

“Okay,” I say, rising with a new patient’s chart in my hand.

“Can I give her something for pain?” he says.

“How much pain does she have?”

His pen is ready. “I was thinking Dilaudid again.”

Dilaudid, also known as Hydromorphone, is an opioid narcotic painkiller. “Is she that sore?”

I’m about to see a forty-eight year old sent down from the cancer clinic with abdominal pain. ‘Rule out gallstones,’ the referral note says, but after her ultrasound, I’ll tell her that her breast cancer has spread to her liver. On my way, I take a peek at Mrs. Russell. Like most patients who come to the ER in February, she’s bundled in a jacket, sweater, and heavy boots. Henry’s right. She doesn’t look sick – she’s chatting with her husband, her color is good, and she’s pleasant when I introduce myself. “I’ll see you when your blood work is back,” I say. “And we’ll get you something for your pain.”

An hour later, I’m sitting across from her, chart in hand. I rifle through everything – three visits worth of notes, ECGs, blood work, an x-ray, an ultrasound and a CT scan. She’s still in pain – I can see without asking. “Everything’s normal,” I say, and as she sighs, I step closer to her. “So where exactly is this pain?”

She slides a hand onto her coat and rests it on her left breast. She rubs up toward her collarbone, and down onto her abdomen. “Here,” she says.

“Can you take your jacket off?”

Under her jacket, there’s a sweater, and under that, long underwear. She stops there, arms by her sides, ready to be examined. The clothing is tight, and I can easily hear her heart and lungs through the garment.

In ‘The Demise of the Physical Exam,’ a 2006 essay published in the New England Journal of Medicine, Dr. Sandeep Jauhar describes the modern-day physician’s reliance on expensive testing, and neglect of the physical exam. I can hear Mrs. Russell’s heart, and I can hear her lungs, and I can tell where she’s sore – sort of. She’s a large woman, and her left breast starts a couple of inches above her sternum, and ends inches below her lowest rib. Even now, after three visits to the ER, no one can reliably say whether or not this is chest pain or abdominal pain.

The undergarment is too tight to raise. I leave the room and come back with a gown. “Would it be okay if you took off your shirt and put this on?”

Her husband is already standing, asking her if she needs help.

“What do you think she has?” Henry asks, as I scribble on her chart. “No idea,” I say. “Probably musculo-skeletal pain.”

Minutes later, I’m back in the room, and her left breast is exposed. I palpate it at 12 o’clock. “Does that hurt?”

“It hurts whether you push it or not.”

“Does pushing it make it worse?”

I move to the three o’clock position. “Here?”

She’s still unsure. “Maybe a little, but it’s sore no matter what.”

I move to the bottom of the breast. “Any different?”

The breast itself looks normal. It’s soft, and symmetric, with no suspicious masses. I ask her to lift her elbows out of the way: “Cup your hands behind your head.”

Mrs. Russell’s visits and tests are covered by her (universal) health care plan. It’s difficult to assess the actual cost of the three visits, along with her blood tests and imaging, but had she been an international visitor, she would have received a bill. The bill, for hospital fees, physician assessments, and all associated tests – most of which she didn’t need – would have been approximately six thousand dollars.

I raise Mrs. Russell’s breast, examining the underside. It too is normal. However, on the underlying skin, there is a cluster of bumps, and two inches to the left, another cluster. 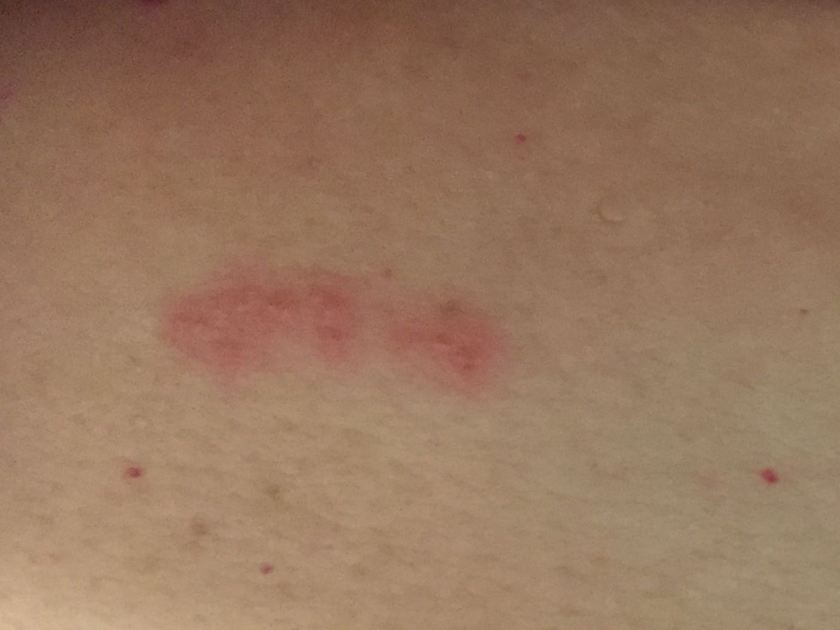 “Did anyone look at your skin?” I ask

I show the rash to her husband. “Here’s your diagnosis,” I say. “Shingles – a reactivation of the Chicken Pox virus you had as a child. It doesn’t respond well to narcotics, which is why you still feel pain.”

“Sometimes,” I later tell Henry, “the best test, is no test at all – just a thorough physical exam.”

“You’re not the only one who didn’t look,” I tell him. “Two doctors before you didn’t look. The nurses who assessed her, and attached ECG leads to her bare skin didn’t look. And let’s face it – neither she, nor her husband, bothered to have a look.”

*Osler is not his real name