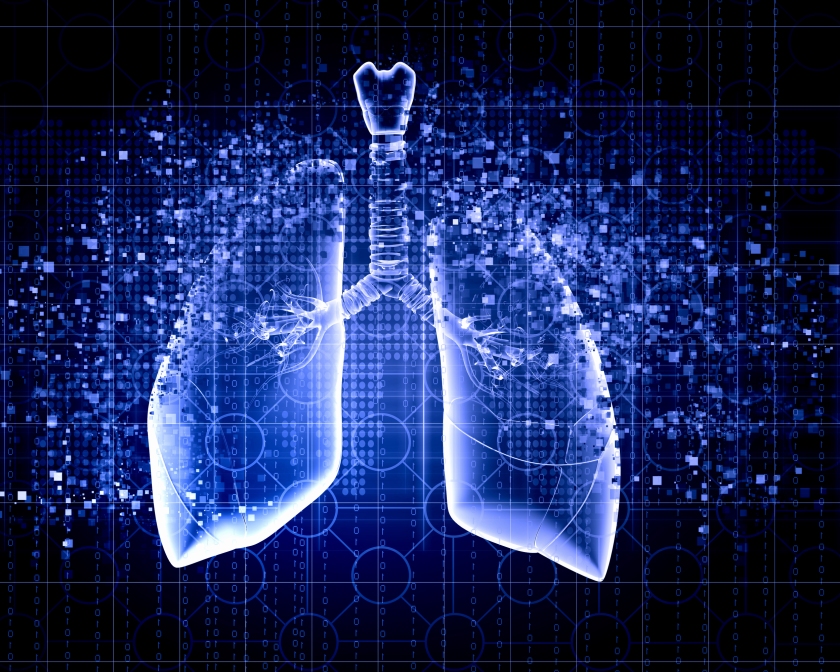 It’s late March and the I pull open the sliding doors just enough to stick my head out of Resuscitation Room A. “I need the ultrasound,” I say through the N95 mask that’s cutting the circulation to my lips.

“Another Code Blue?” Jay says as he walks toward the commotion two doors down. Last week, I would have called him into Resus-A to help out. I have a thirty-nine year old who’s VSA – vital signs absent.  But there are new rules: only one doctor can be present during intubation. This will lessen exposure to the virus. Jay’s patient, in Resus-C, is like mine: young and previously healthy. Both patients are critically ill, but neither of them have COVID. It’s getting harder to differentiate, and more importantly, separate these patients from those presenting daily with shortness of breath and white, patchy chest x-rays. Like me, Jay is exhausted. It’s hard to tell what’s physical and what’s mental. It’s hard to tell whether or not our throats are sore, or if we’re short of breath and dehydrated from wearing masks for eight hours straight.

“Can you call Ray and ask him to come see some patients?” I ask a nurse. Ray rounds out our trio of doctors tonight, but he isn’t  in the department. He’s outside, seeing patients in our drive-through COVID assessment clinic. “Jay and I are both going to be busy for a bit.”

As Brandon, my resident, skillfully places an IV into my patient’s internal jugular vein, Jay’s patient is rushed to the operating room. He has an aortic dissection, and like my patient, he won’t survive the night. Twenty minutes later, as my tightly gloved hand scribbles on a chart, Jay taps my back. “Look at this,” he says, pointing to the x-ray monitor. “Another one.”

It’s surreal that it’s here – COVID, and the ARDS that affects those hardest hit by it. It’s like a snow-storm that the weatherman predicted, one that everyone hoped would just pass through with light flurries. But the first patient came through the ER in mid-March, like the first giant snowflakes that fall slowly as the sky darkens. Now, as fluff accumulates on the ground, the snow falls thicker, and faster.

Three hours earlier, I’m sitting in front of a computer with Brandon. There are two charts in front of us. The first is a sixty-year old with leukemia and a low-grade fever. The second, we’ve decided, sounds very suspicious. Short of breath for twenty-four hours, not speaking full-sentences, oxygen saturation 96% on 5 liters of oxygen. “I can go see this one,” I say. “You see the fever.”

Fifteen minutes later, we’re back at the computer. “He’s got it,” Brandon says, as he sits down next to me.  Nick Leonard* is just over sixty. He plays tennis three times a week and tries to squeeze in at least one day on the elliptical. He’s fit and healthy. Ten days earlier, he and his wife were downtown with theater tickets. It was a family event, one that the Leonards had planned with their adult children. One hour before the show was to hit the stage, it was cancelled. In a few days, Toronto would be a ghost-town, but restaurants were still open, so they decided to have dinner before heading back to the suburbs.

The next day, Sunday, Nick and his wife Nora woke with upset stomachs. And by Monday, they both had flu-like symptoms; Nick was achy all over and fatigued, and Nora had a sore throat, painful arms, and a headache. They took ibuprofen, stayed in bed, and drank plenty of fluids. By Thursday, Nora’s illness had resolved completely. And Nick, who’d been bed-ridden and sleeping most of the week, seemed to be on the mend as well. He came downstairs for the first time, sat on the couch, and watched an old Toronto Raptors game.

The next day, Nick was in bed again. His body was so sore, he could barely move. Nora checked Nick’s temperature with an old thermometer that didn’t seem to work properly. She went to the drug store to buy a new one, but they were sold out. She asked Nick to go to a walk-in or the hospital. He refused. He didn’t want to catch something else while his body was already fighting a bug.

Over the weekend, Nick’s condition didn’t change. He didn’t get any worse, but he wasn’t getting better either. Nora checked his symptoms online with the province’s online self-assessment tool. She asked him over and over if he was short of breath. He insisted that he wasn’t. Because he hadn’t traveled, nor had he come into contact with COVID-positive patients, the tool told her that it was “unlikely that (he had) COVID-19.”

On Monday, one week into his illness, Nick had a telephone consultation with his family doctor. His main complaint was that his body ached, but in no particular area. His doctor ran through a symptom checklist and told him that he didn’t feel that these were symptoms consistent with COVID, but that he’d call in an antibiotic. Interestingly, he prescribed Azithromycin, which had anecdotally been recommended for patients with COVID. They arranged to have a follow-up call on Thursday, but by then, Nick would be on a ventilator.

On Tuesday morning, Nick developed a slight cough – sporadic – just here and there. His wife asked again if he was short of breath. He wasn’t. That night, he’d later tell me, he couldn’t get comfortable. The next morning, he woke with a sore back. By noon, he couldn’t sit up in bed, and when he spoke, he took deep breaths between words. He called his family doctor and mentioned “stiffness in his chest.” He was told to go to the hospital immediately. An hour after the phone call, he was struggling to talk, struggling to breathe.

Nora considered calling 9-1-1, but his symptoms were progressing so quickly, she was worried an ambulance would take too long. She helped Nick get dressed, and assisted him to the car. Despite the sunny late-March thaw, he asked for a winter coat, gloves, and wool hat. During the car ride, he was weak, shivering, and struggling to breathe.

Nora helped Nick to the ER entrance where he was given a mask. Nora was told that she couldn’t stay – that no visitors were allowed. He was asked several questions. No, he hadn’t traveled. No, he hadn’t come into contact with someone positive for COVID. Yes, he was short of breath.

His vitals were taken at triage. No fever, normal blood pressure, normal heart rate. Oxygen saturation, only eighty-two percent on room air. He was rushed into the ER, and given oxygen via nasal-prongs.

Brandon ties the fresh gown behind my back, and I tie his. We put on clean masks and gloves, and go see Nick. I tell him that I’ve heard the story, and ask again when he became short of breath. “Just overnight,” he says. He practically gasps between words. I listen to his lungs, and hear what I’m expecting to hear – crackles on both sides. I can already picture the x-ray, white patches where it’s supposed to be black.

“Your clinical picture,” I tell him, “is highly suggestive of COVID.”

He doesn’t flinch. “I thought so.”

“Before I say anything else, do you have any questions for me?”

He’s a smart man – a lawyer – and he makes it easy for me. “I have a lot of questions, most of which I’m sure you don’t have the answer for.”

“You’re probably right.” I tell him what’s going to happen next – that he’ll be admitted, and, that patients with respiratory distress due to COVID often require intubation and mechanical ventilation. “Do you want me to call your wife?”

Hours later, he’s in the intensive care unit, sedated, intubated, and ventilated. The COVID drive-through clinic is closed now, and Ray is inside seeing patients. Jay is finishing up. He’s been here for eleven hours and he’s going home to his wife and small children. As I chart on a patient whose shattered ankle we’ve just straightened and casted, Ray taps my shoulder. “Look at this.”

I turn and look at another chest x-ray on the monitor. It looks almost exactly like the one Jay showed me.

“Another one,” he says. “Bilateral pneumonia. This patient’s got it too.”

It’s late April. The x-rays Jay and Ray showed me a month earlier belonged to COVID-positive patients who, unlike Nick, were well enough to go home. Although COVID-19 continues to take lives across the country, the storm hasn’t been as bad as expected. Not for us, anyway. In long-term care institutions, however, the story is much different.

It was just after two am, only eleven hours after I’d seen him in the ER, that a critical care physician explained to Nick that because of his worsening shortness of breath, he’d need to be placed on a ventilator. Nick wasn’t surprised. Despite broad spectrum antibiotics, a chest x-ray two days later would show extensive, worsening airspace disease. By day five, his kidneys began to fail, and by day eight, he’d need dialysis. He was cared for by skilled ICU nurses who “proned**” him daily, turning him over to ease his breathing, while ensuring that all of his lines and tubes stayed in place. Equally skilled respiratory therapists ensured optimal conditions for oxygenation, despite ongoing respiratory failure. Over the next three weeks, Nick would be cared for by these nurses, respiratory therapists, and over two-dozen physicians – intensivists, respirologists, nephrologists, rheumatologists, anesthesiologists, and others. Day by day, however, his condition would worsen. Despite the great care given to Nick in our ICU – the same care that has helped others beat COVID-19 – Nick lost his battle on April 27, 2020.

*Nick Leonard isn’t his real name – but he’s a devout Raptors fan, and, by request, his pseudonym is a hybrid of the 2019 NBA Champs’ Coach and MVP.

** Watch CTV News’ feature on the incredible, often life-saving work of doctors, nurses, and respiratory therapists in our ICU.